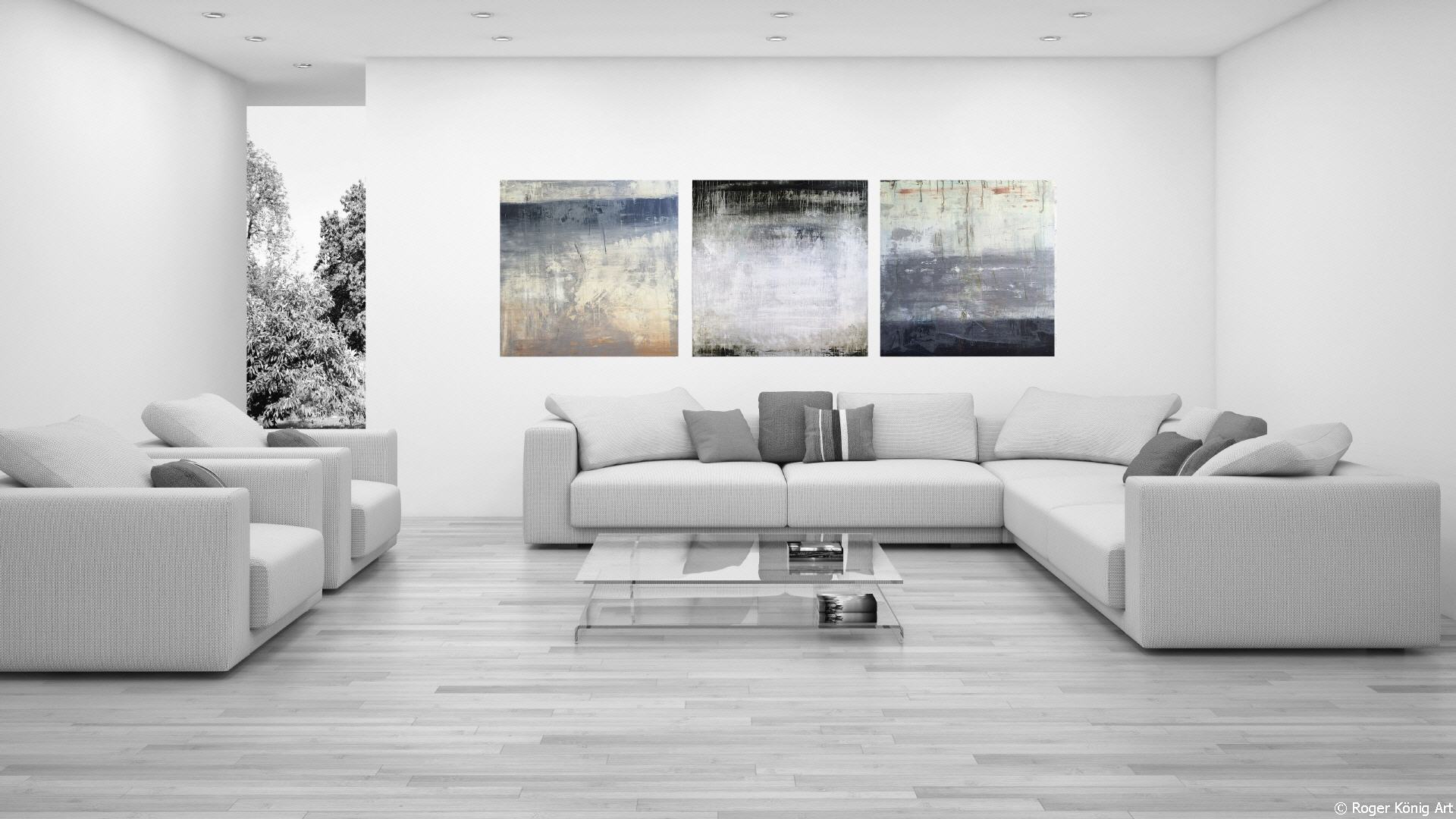 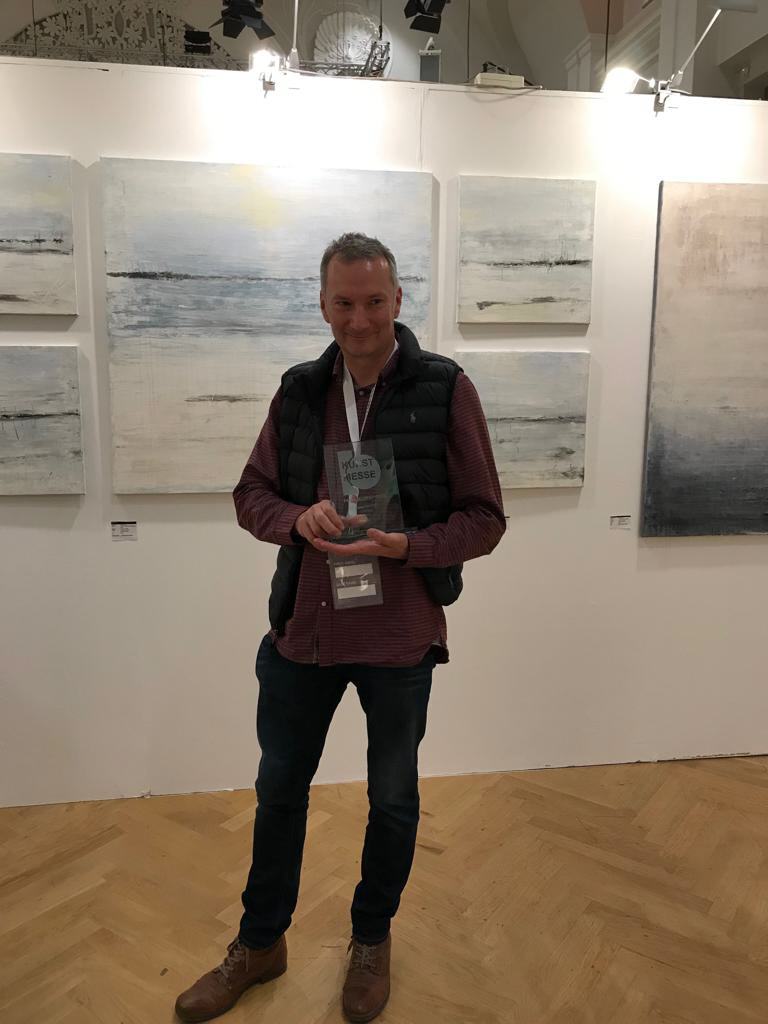 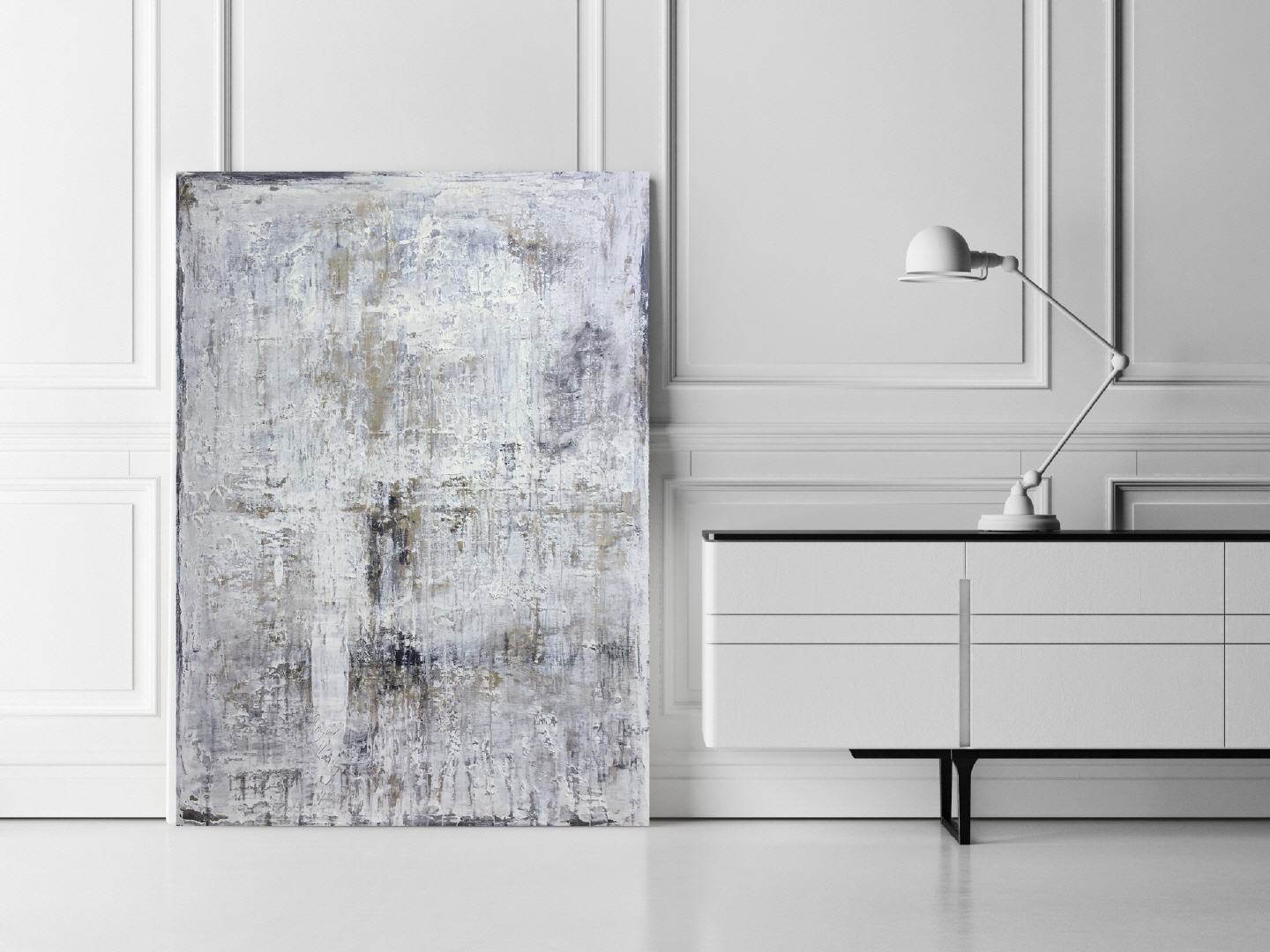 König combines modern painting with acrylic with old techniques and in this way, he connects contemporary art with tradition. The natural clay color bestows the pictures with a completely special dim texture which stands in an exciting contrast with the delicate luster of the acrylic color. The features of the clay color allow a more intensive treatment of the surface.

Often, there are lines, scratches or breaks in the surface, as if the canvas had been covered with a fair patina. More subtle strokes in the color bring graphic characters to mind, color gradients natural phenomena, divided canvasses the contrast which is immanent in everything: the principle of yin and yang.
Natural, earthy tones. Roger Koenig's works have received national and international recognition and have been featured in such publications as Resident Magazine New York 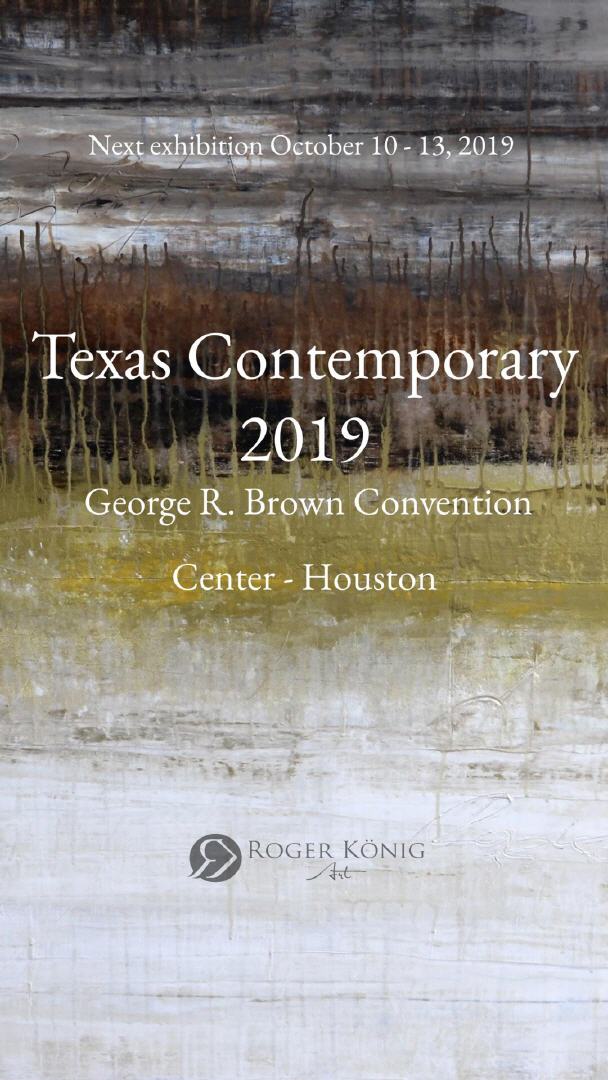 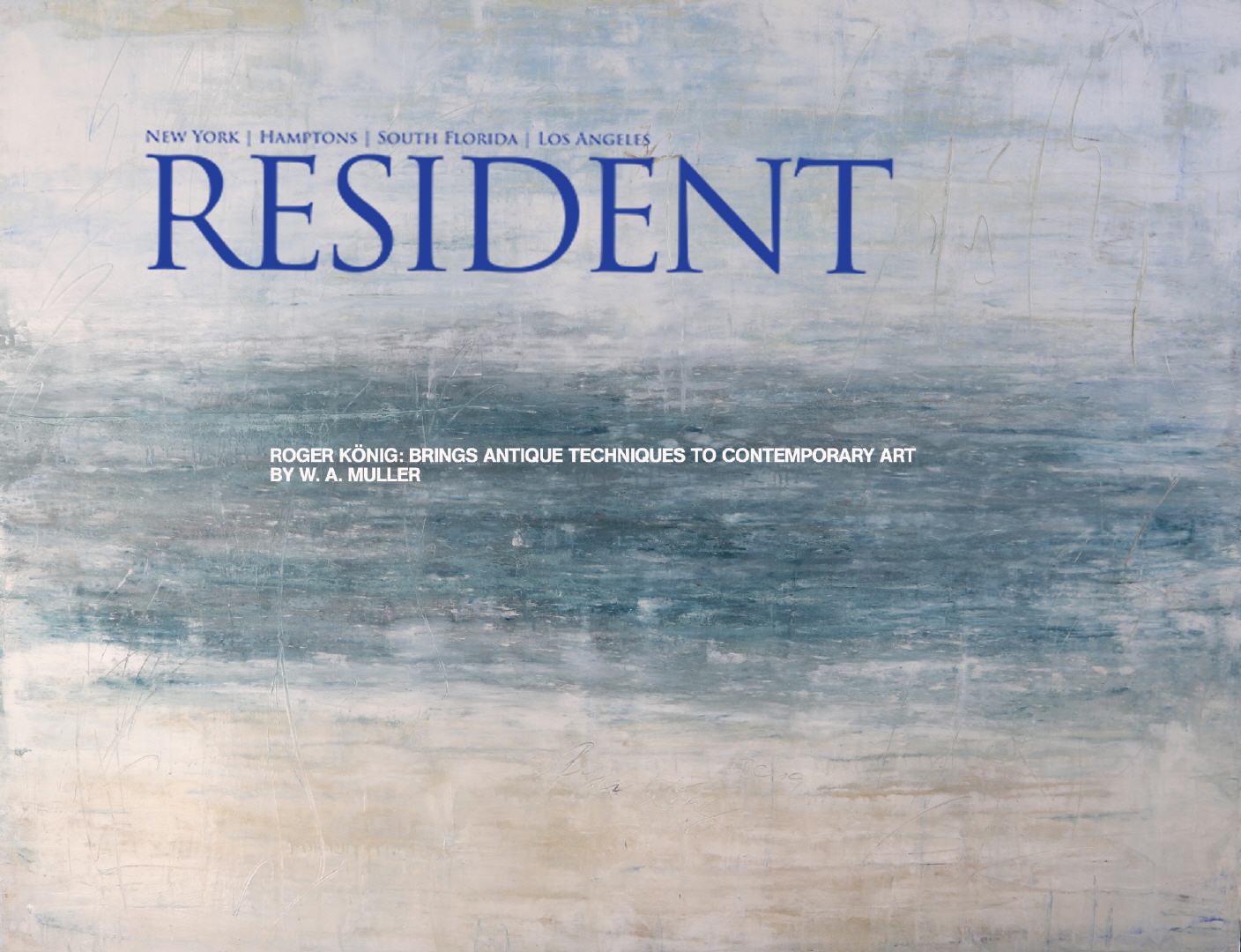 Resident embodies the aspirational luxury lifestyle.
Tell us how you came to art.
During my master craftsman training I used to restore ancient churches. As a result, I acquired a lot of knowledge in the field of old painting techniques. These included .........